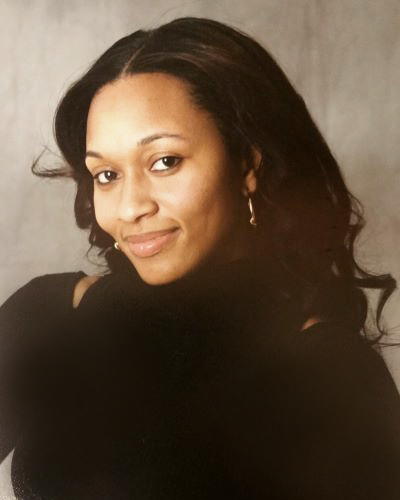 Miyhosi Benton is a criminal justice activist, policy advocacy expert, strategist, and independent consultant. Miyhosi has contributed to multiple policy campaigns addressing issues at the intersection of gender justice and the criminal legal system. She was a leader in the successful campaign to pass the 2015 New York Anti-Shackling law, one of the most progressive of its kind in the nation, which strengthened and expanded the state’s ban on the barbaric practice of shackling pregnant women who are incarcerated. Miyhosi has presented on women and mass incarceration in a wide variety of public forums and national and international conferences, and has been featured in such publications as Huffington Post, The Nation, and Al Jazeera America. From 2016-2021, Miyhosi was a senior staff person at WJP, most recently serving as WJP’s Associate Director of Advocacy & Strategy. In that role, Miyhosi spearheaded WJP’s public engagement work, helped lead strategic development and partnership work, served as a main spokesperson for WJP in the public and press, and played a primary role in developing the organization’s overall strategy and programmatic efforts. Prior to joining WJP, Miyhosi worked at the Osborne Association’s New York Initiative for Children of Incarcerated Parents, and at Hour Children, a reentry program that supports families uniting after incarceration. Miyhosi resides in Long Island City, Queens with her two children, and is pursuing her bachelor’s degree in Communications. Miyhosi received the 2015 Susan B. Anthony Award from the National Organization for Women–NYC and the 2016 Hour Children Mother of the Year Award. 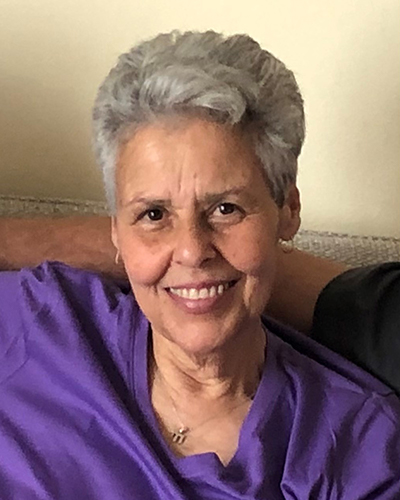 Judith Clark spent 38 years in prison, primarily at Bedford Hills, New York’s maximum security prison for women, for her part in the 1981 Brinks armored car robbery, in which three people were killed. While reckoning with the damage she caused, she worked with others inside to create community based programs to address the problems they faced and their desires to grow. She was one of the founders of ACE (AIDS Counseling and Education) and part of the committee of women who built a college program after public funding was eliminated. She helped develop programs for mothers to sustain bonds with their children and mentored new mothers living in the prison nursery. She has written about that work, the experiences of mothers inside, the spiritual work of remorse and the efforts of women inside to build community. Released in 2019, she currently works with Hour Children, which provides housing and support for women emerging from prison. She is on the advisory committee for the Survivors Justice Project and is active in advocacy work for those she left behind the walls. Having worked with the Women & Justice Project while inside, she is honored to contribute to its work from the outside. 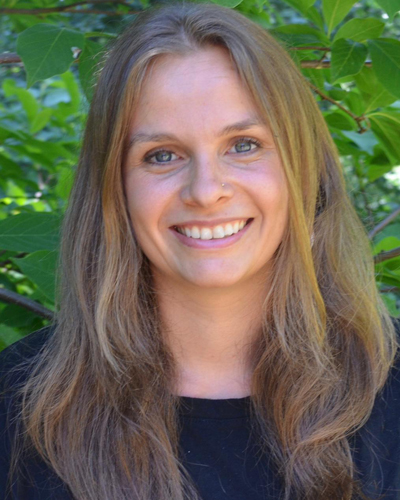 Christina holds a leadership role in advancing WJP’s policy and advocacy efforts and spearheads the organization’s research and data analysis. She is also responsible for WJP’s ongoing learning around trauma and healing-centered engagement and its integration into all areas of work. Prior to joining WJP, Christina was a nonprofit consultant and taught at Columbia School of Social Work and Stony Brook University School of Social Welfare. Christina also served as program supervisor at the Incarcerated Mothers Program of Edwin Gould Services for Children and Families and oversaw the Brooklyn Family Court office of Court Appointed Special Advocates NYC. Christina was a longtime member of the Coalition for Women Prisoners and co-chaired its Incarcerated Mothers Committee for five years. She is a founding board member of City Living NY, which supports young people aging out of foster care. Christina holds a BSW degree from SUNY Albany, and an MSW from Columbia School of Social Work. 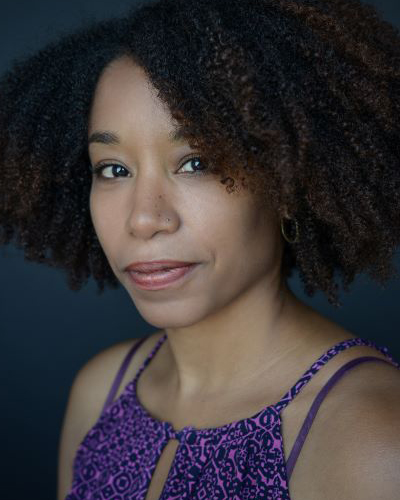 Jess leads WJP’s operations and digital communications efforts, including designing and implementing operational infrastructure and digital strategy, spearheading WJP’s social media platforms, managing the organization’s website, and overseeing administrative needs. Prior to joining WJP, Jess worked in sales, business management, and arts administration with organizations including Marriott, Google, and the School of Visual Arts, bringing into every role a lifelong passion for the arts and a commitment to social justice. She is known for developing and executing artful, tech-forward and scalable solutions for organizations looking to expand their capacity and scope, communicate more efficiently, and work with minimal stress and redundancy. 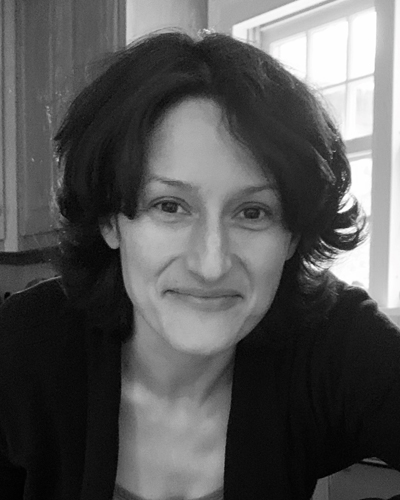 Tamar co-leads WJP, including the organization’s strategy, development, programs, and partnership work. For 12 years before co-founding WJP, Tamar directed the Correctional Association of New York’s Women in Prison Project, where she spearheaded efforts to monitor conditions inside women’s prisons, directed policy campaigns, drafted legislation, and managed organizing efforts. Tamar has helped lead several successful campaigns, including for New York State laws that ban the shackling of pregnant and post-partum women who are incarcerated, protect the parental rights of mothers and fathers who are incarcerated, and establish alternative sentencing guidelines for survivors of abuse. She is author of Reproductive Injustice: The State of Reproductive Health Care for Women in New York State Prisons (2015) and co-author of From Protection to Punishment: Post-Conviction Barriers to Justice for Domestic Violence Survivor-Defendants in New York State (2011). Prior to this, Tamar coordinated the Correctional Association’s Drop the Rock campaign to repeal New York’s mandatory minimum Rockefeller Drug Laws. 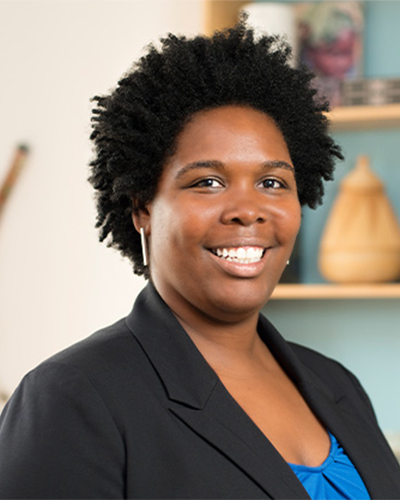 Ebony develops operations-related systems and carries out key work related to WJP’s operations and infrastructure. She also supports WJP’s programmatic initiatives and partnership efforts. Ebony was previously the Operations Manager for the Working Women Re-Entry program at Hour Children, an innovative nonprofit organization that provides comprehensive services to women and families directly impacted by incarceration. From developing job training programs, to designing evaluation efforts, to managing operational protocols and information management systems, Ebony held a central role in all aspects of the program’s operations and growth. Ebony also played a key role in successful efforts to ban shackling of pregnant women in NY’s prisons and jails. Ebony’s passion for the rights of girls and women is coupled with a deep interest in technology and innovation. She brings years of experience from the private sector, where she worked in various capacities as a client services professional. She resides in New York with her daughter. 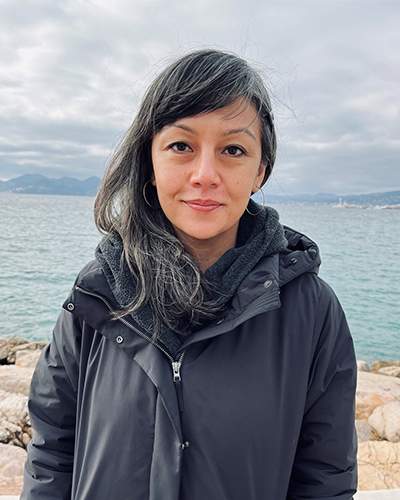 Jaya co-leads WJP, including organizational strategy, development, programs and partnership work. From 2004-2015, Jaya worked at the Correctional Association of New York’s Women in Prison Project where she helped manage the Project, including leading coalition-building and organizing efforts, policy advocacy, and prison monitoring visits. Jaya has helped lead several successful policy campaigns, including for New York State laws that ban the shackling of pregnant women who are incarcerated and establish alternative sentencing guidelines for survivors of abuse. Jaya also previously worked at the NOW Legal Defense and Education Fund, and the Center for Women Policy Studies. She holds a J.D. from the Benjamin N. Cardozo School of Law and a BSFS from Georgetown University. 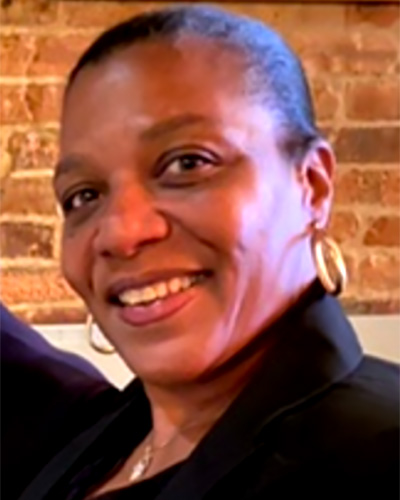 Roz Smith is the Beyond Incarceration Program Manager for V-Day, a nonprofit organization that vows to end violence against women, girls, and the planet. She is also a Brooklyn Community Leader for the Release Aging People in Prison (RAPP) campaign. Roz is using her personal experience from long-term incarceration as a vehicle for her work as a criminal justice activist and advocate. Roz obtained her Bachelor’s degree from Mercy College while incarcerated. She created a curriculum for parenting from distant classes with other mothers in prison. She has written blogs about her experiences and has been a featured speaker to groups in academic and business settings. She has collaborated in brainstorming sessions with the Osborne Association, Columbia University, the Brooklyn District Attorney’s Reentry Program, and various other criminal justice reform groups. Roz was featured in the 2003 film, “What I Want My Words To Do To You,” which documents a writing workshop at the Bedford Hills Correctional Facility for women led by the playwright and author V (formerly known as Eve Ensler). Since her release after serving 39 years, she has devoted her time between her daughter and her activist/advocacy work. 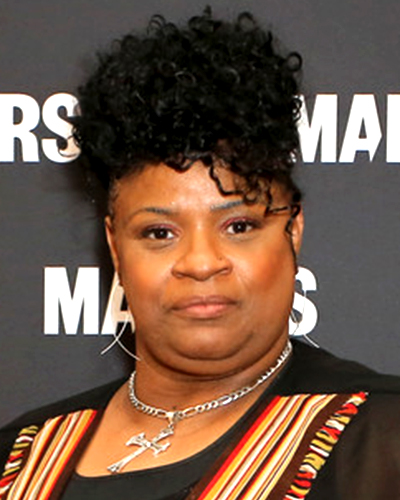 Sharon is the Executive Director of the Women’s Community Justice Association (WCJA), a gender-specific, trauma-informed, advocacy-for-justice agency that uplifts and amplifies the voices of women who are experts through their life experiences and efforts. Prior to joining WCJA where she leads the BEYONDrosies campaign, Sharon was Program Director of a temporary residence for women who are formerly incarcerated at the Women’s Prison Association. She has worked in a range of direct service fields including reentry, domestic violence, homelessness, mental health and substance abuse. She has also worked on policy advocacy efforts and was a leader in the successful campaign to pass NY’s Domestic Violence Survivors Justice Act (DVSJA) in 2019. Sharon is a minister, motivational speaker, adjunct lecturer and therapist. She also serves as an advisory member of the Survivors Justice Project, the co-lead of the Bedford Hills project, a strategic consultant to the Women & Justice Project, and is a co-founder of the Justice for Women Task Force. Sharon draws upon her expertise as a licensed social worker, survivor of violence, and survivor of 11 years of incarceration. She holds a master’s degree in Social Work from Lehman College, a bachelor’s degree in Social Work and Criminal Justice from CUNY where she was a Thomas W. Smith Fellow, and an Associate’s Degree in Liberal Arts from Marymount Manhattan College. Sharon is the recipient of numerous awards and honors, including the 2017 Frank & Lisina Hoch Award for Social Justice Advocacy and Activism, and the 2019 Leadership Award for her advocacy to pass the DVSJA. 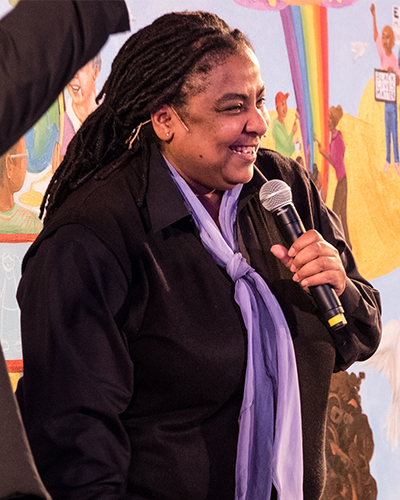 Cheryl Wilkins is the Co-Founder and Associate Director at Columbia University’s Center for Justice (CFJ) where her work is committed to ending the nation’s reliance on incarceration, developing new approaches to safety and justice, and participating in the national and global conversation around developing effective criminal justice policy. She is also an adjunct lecturer at Columbia University School of Social Work and director of Women Transcending. In the community, Cheryl is a board member with the Women’s Community Justice Association, a co-convener of the Justice 4 Women’s Task-Force, an advisor with the Survivors Justice Project and the formerly incarcerated Women’s International Commission, a senior advisor with the Women & Justice Project, and co-founder and executive team member with Women Building Up. She holds a graduate degree in Urban Affairs and is the recipient of the Brian Fischer Award, Davis Putter scholarship, the Sister Mary Nerney Visionary Award and the Citizens against Recidivism Award. 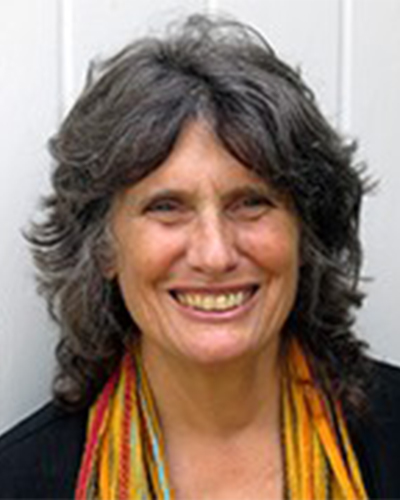 Dr. Kathy Boudin is Co-Director and Co-Founder of Columbia University’s Center for Justice, Director of the Criminal Justice Initiative, and Adjunct Lecturer at the School of Social Work. Dr. Boudin’s work focuses on the causes and consequences of mass incarceration and the development of strategies to transform the US criminal justice system. Working with women she was incarcerated with during her 22 years in prison, Dr. Boudin focused on strengthening mother-child relationships across the separation of incarceration; bringing back college to Bedford Hills after the ending of the Pell grants; and on the HIV/AIDS epidemic. Since her release from prison in 2003, her projects and research areas include: founding the Coming Home Program at Mt. Sinai-St. Luke’s, developing a restorative practice program in prisons for long-termers, policy initiatives to release aging people from prison, reforming the parole system, the impact of higher education on incarcerated women, the experience of adolescents with incarcerated mothers, and the role of peer support. Her work is based on participation and leadership by those who are most deeply affected by the issues. Read more about Kathy’s extraordinary life and work here.